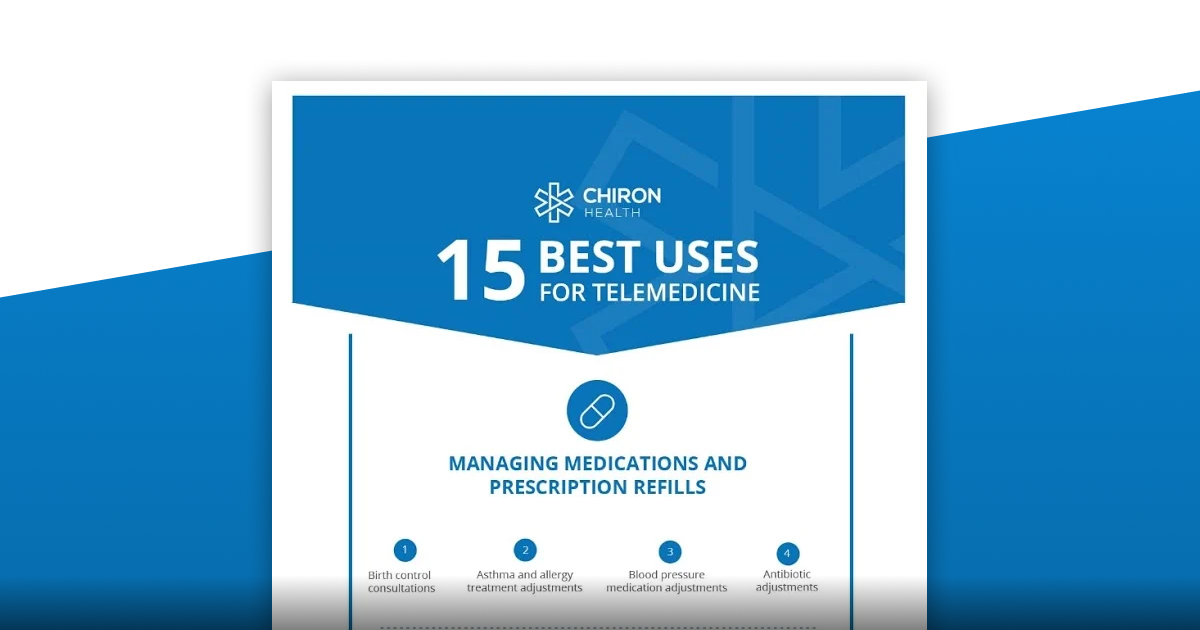 The other day, I came across an article that contained 115 mHealth and telehealth statistics. Thinking it sounded intriguing (though slightly overwhelming), I began reading the facts. After struggling through the first 7 or 8 less-than-impressive statistics, I quickly became disinterested. Sure, maybe only 9 of cell phone owners receive texts or updates about medical issues, but is that really news? Don’t we already know that number is extremely low?

Every day, we find ourselves bombarded by such statistics — ones that don’t really tell us anything new. Who has time for that? The last thing we need are more random, pointless facts. With that in mind, after reading a ton of articles on telemedicine / telehealth over the last several months, I decided to challenge myself. From those hundreds of stats, I compiled a small list of 8 telemedicine statistics. The best part is...they're not random, they're far from pointless, and they're definitely significant.

The really good news is that private payer reimbursement for telemedicine is now mandated in most states plus the District of Columbia. This means that practitioners can offer their patients remote care...and get paid for it!

The take-home point here is two-fold:

What does this mean for practitioners across the U.S.? Simply put, it's time to jump on the telemedicine train and start offering your patients remote care!

For information on how you can begin offering telemedicine to your patients as early as today, speak with one of our Telemedicine consultants by scheduling a demo or calling us now at (512) 866-8353.