Just Whom The Telehealth Doctor Ordered 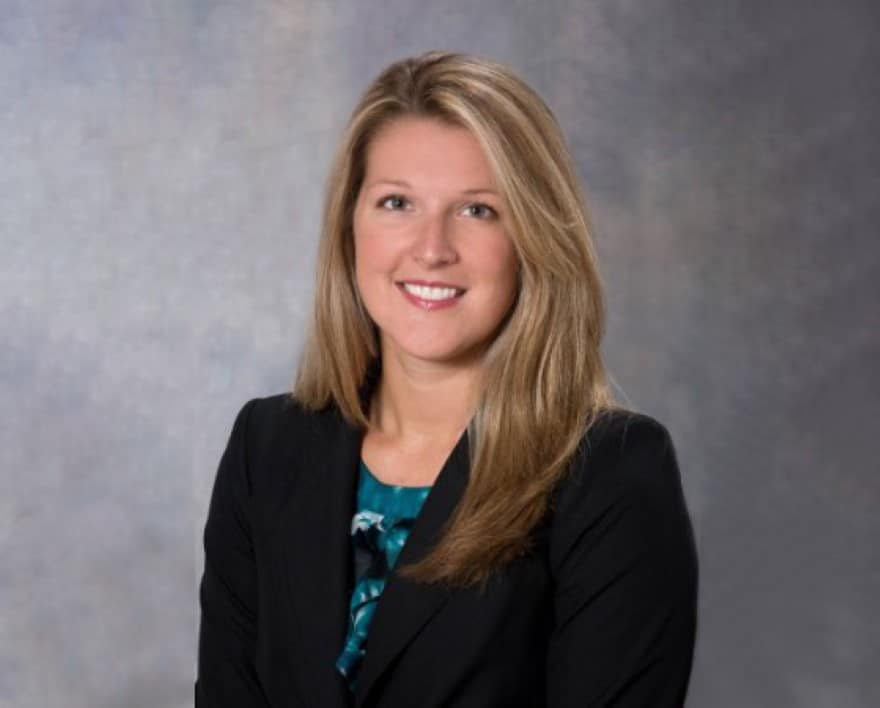 When Jennifer Crawford became the general counsel at Medici in early 2019, she knew there’d be a lot of moving pieces—both inside the company and within the wider healthcare industry. Since then, those pieces have only multiplied.

A pandemic can have that effect on a telehealth startup, after all.

But with the challenge of COVID-19 comes the opportunity for Medici to further establish itself as a leader in the virtual-care space.

In Crawford’s case, that includes keeping tabs on news that can be breaking by the hour and formulating legal direction as Medici strives to expand its national presence in the increasingly competitive business of remotely connecting physicians and other providers with patients.

“Telehealth laws are changing rapidly out of necessity and we are closely monitoring those changes so we can guide our providers and patients to  use virtual care in the best ways possible,” the personable general counsel tells Vanguard in March, just as COVID-19 was beginning to dominate the news cycle. “There’s so much information which we have to stay current on to make sure that both patients and providers have a good experience using our platform.”

Still, some of those changes have been welcome ones. Chief among them: More insurers are beginning to expand telehealth coverage, which will make virtual care more affordable to patients and be more profitable for providers. 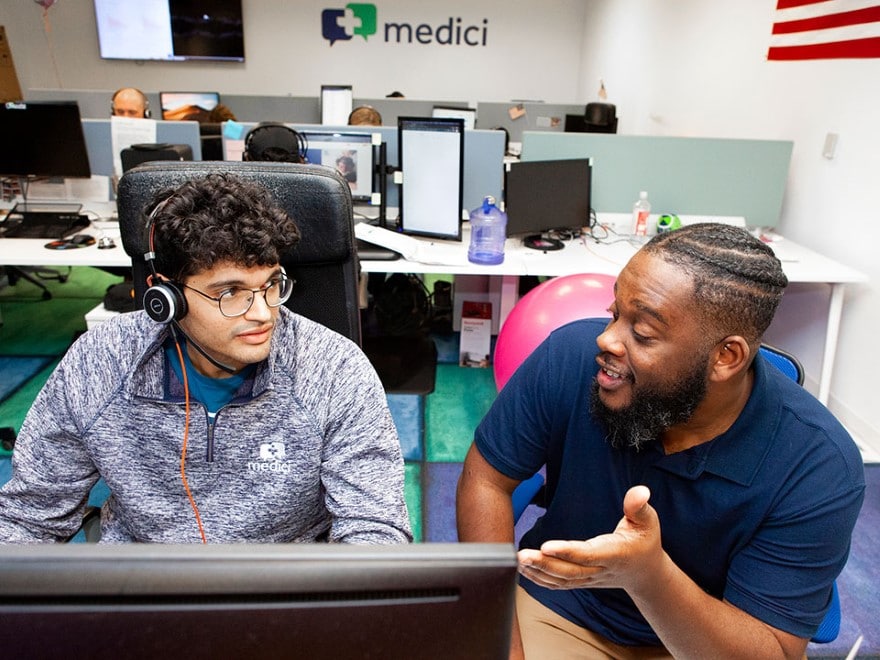 In addition, the Centers for Disease Control is encouraging telehealth consultations as a less risky and more efficient alternative to visiting an urgent care center or ER. Meanwhile, the White House has approved a bipartisan bill that, aside from $8.3 billion in emergency funding, allows the U.S. Department of Health and Human Services to modify or even waive some Medicare restrictions on telehealth reimbursements. Various states are also mulling whether to loosen their own Medicaid laws.

Given the attention afforded to COVID-19, it might be easy to overlook other telehealth matters, though Crawford won’t. She insists that there is so much more to do, including making it easier for a patient to know what they will be charged for a virtual consult instead of an in-person visit. Then there’s integrating virtual care seamlessly into a patient’s larger healthcare experience, or expanding the use of virtual care to an entire family unit, including not only general practitioners, but also dermatologists, dentists, pediatricians, dietitians, veterinarians and more.

Founded in 2016, Medici preceded COVID-19 by four years and will outlast it. The global telemedicine market is expected to swell to $130.5 billion by 2025 as more clinicians across all ages embrace the technology.  This is a steep increase from the estimated $38.3 billion valuation last year. All the more important, Crawford says, for her and her team to take a big-picture approach to the company’s future.

To be sure, Medici (that’s Italian for doctors) was growing impressively enough prior to Crawford’s arrival, the company having just acquired two other entities: telemedicine solution platforms Chiron Health and DocbookMD.

Integration doesn’t happen overnight, however. Part of Crawford’s duties entailed bringing the new workforces under the Medici umbrella and ensuring that subsequent platforms comply with regulations and are duly trademarked. 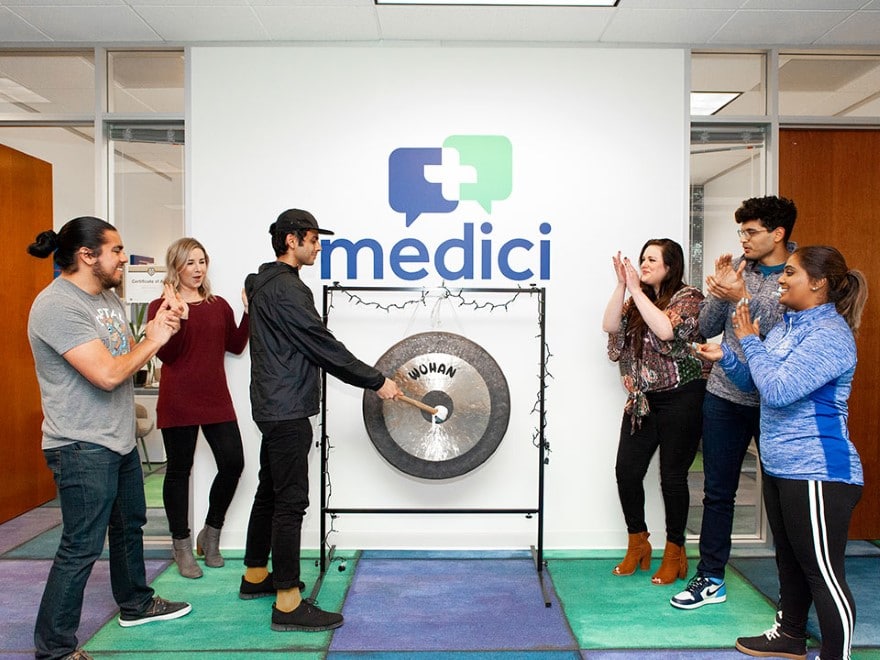 The new companies also strengthened Medici’s latest fundraising campaign, a $25 million Series B effort led by founder and CEO of Medici, chiropractor Clinton Phillips. Drawing on her background in finance, Crawford oversaw the nitty-gritty and documentation, enabling Medici to surge past the development stage.

In February, Medici completed its SOC 2 Type II audit, proving that the company has a strong commitment to deliver high quality services to its clients by demonstrating the necessary internal controls and processes as they relate to security, availability, processing integrity, confidentiality, and privacy of customer data—all areas in which Crawford can claim some credit.

“With secure text, voice and video communications, Medici allows you to connect with your patients remotely,” Crawford says. “And unlike Skype or FaceTime, Medici keeps your number private, and your consults organized and secure.”

So what’s next for this telehealth disrupter? More acquisitions? An initial public offering? Unicorn status?

“We are always looking at all possibilities and avenues to grow the company to have the biggest impact we can on healthcare,” answers Crawford, who helped ready a previous employer—Premier, Inc.—for its IPO. “We want to change the antiquated way healthcare is delivered today. We have the tools, people and product to have a major impact on the marketplace with a software platform that’s effortless to use and has many capabilities.”

Using Medici, a provider can consult with a patient, diagnose a condition, prescribe medicine and bill with a streamlined process that entails fewer administrative headaches. Patients also reap the advantages from being able to access their doctors and therapists from the same smartphone they use for ridesharing and online shopping. Medici has even expanded its offerings to a growing number of veterinarians, and while there is less regulation around securing a dog or cat’s privacy, Crawford says Medici safeguards that data anyways.

“We always have to anticipate what might be next as far as compliance is concerned,” she says. 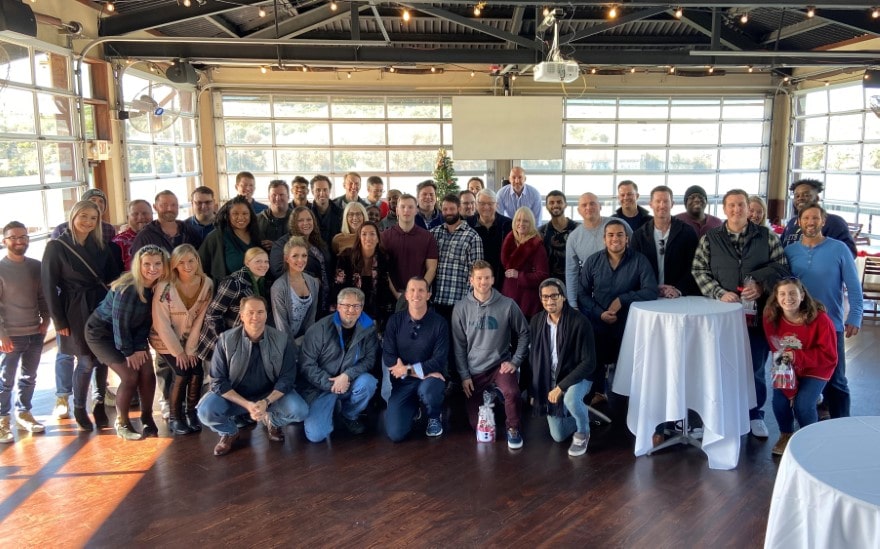 Medici is not just stateside, either: A South African native, Medici’s CEO has taken a special interest in his homeland, providing virtual care there and, more recently, partnering with an insurer to offer virtual consultations in Namibia.

“It’s very much an evolving industry and we’re having a lot of fun being a part of it,” Crawford says. “Our ultimate goal is to improve healthcare all over the world.”

Well-versed in IPOs, bonds, and financing, in 2012 she caught the eye of Premier, Inc., a Charlotte, North Carolina, a healthcare technology company. Though the company initially kept their IPO plans a secret, she’d assist in the successful pitch in 2013.

Crawford then took her skills to legal services provider Axiom in the latter half of 2018, handling contractual matters for another publicly traded healthcare technology company. That short stretch, as well as her years at Premier, would prep her well for the immense to-do list she’d be handed at Medici. 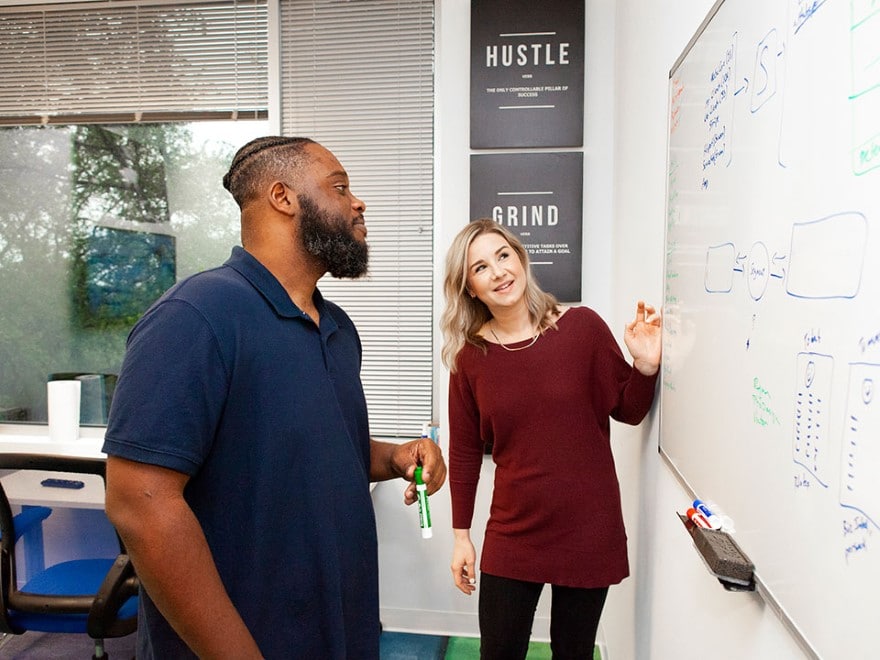 And it was no problem that Crawford—a mother of two boys—works in Charlotte while Medici is based in Austin, Texas. A company so adept at connecting doctors with patients virtually wouldn’t have any trouble with its general counsel working remotely.

Besides, she’s happy to travel to the Texas capital to connect with her team often, as well as attend industry conferences. She garnered a well-received speaking engagement, “Telemedicine and Telehealth: The Future is Now,” at last October’s annual meeting of the Association of Corporate Counsel.

That having been several months before the global outbreak of COVID-19, “now” takes on even more urgency. Urgency that she’ll answer, because she believes that everyone should have easy access to quality healthcare when they need it most.

“It is very rewarding to be part of a company and an industry laser focused on transforming healthcare,” says Crawford. “Especially with the extreme pressure on our hospitals today, there has never been a better time to innovate to change healthcare for the better.”

This was originally published on vanguardlawmag.com