Medici at Forefront of Telehealth Growth as Coronavirus Spreads 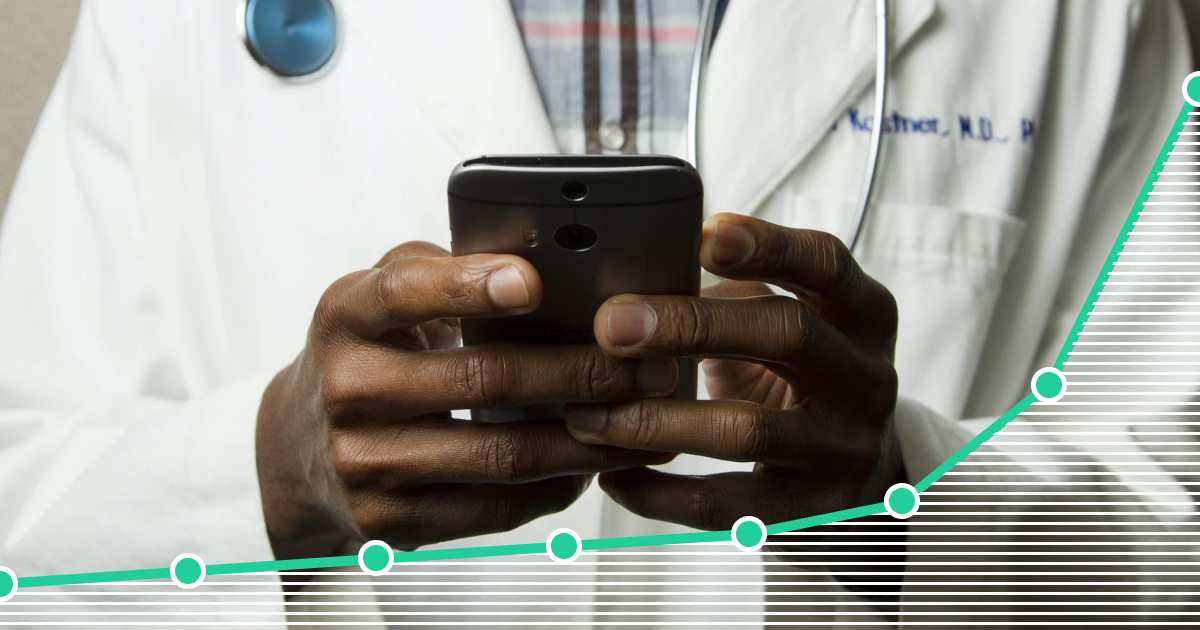 AUSTIN, TX, APRIL 7 -- Telemedicine has become a top antidote for the fear of leaving home to see the doctor during the coronavirus pandemic. One virtual healthcare company, Austin-based Medici, is leading the charge to make telehealth easier to use, more secure, and more accessible for both doctors and patients.

"We've grown one-thousand percent in the past two weeks," says Medici CEO Clint Phillips. "Doctors have made more decisions via telehealth in the last few weeks than they have in the last few years and patient demand is exploding."

Developed for doctors, Medici is a digital care platform that merges robust messaging and video technology in a HIPAA-compliant platform. The company’s telehealth app currently serves more than 30,000 healthcare providers and veterinarians.

Although telehealth has been popular in many other countries, virtual visits became a talking point in the US last fall. In October, President Donald Trump directed Medicare to expand telemedicine for more beneficiaries. The spread of COVID-19, however, opened the floodgate of demand for virtual visits as people feared leaving home and risking infection. On March 13, the president ordered a $500 million expansion of telehealth services, allowing Medicare beneficiaries access to a wider range of care. Medicaid recipients can also access the plan in participating states.

The decision gives over 100 million Americans wider access to virtual health care, and many have already downloaded the easy-to-use Medici app. Providers and their patients enjoy the app because it is simple to install and is more secure and feature-rich than its competitors. In addition to audio and video capabilities, providers can prescribe medications easily through the app. Integrations with leading electronic medical record systems allow doctors to import their patient population into Medici easily. The Medici app can also be used to send text messages to multiple patients at the same time.

With a few clicks, patients can message a doctor and initiate a consultation, from the safety of their own home. What sets Medici apart from other services is its HIPAA-compliant platform, which ensures patient data remains secure and virtually impossible to hack.

Along with enhancing the doctor-patient relationship, the app provides feature-rich functionality for providers. Capabilities include in-app billing, EHR integration, ePrescribe, eReferrals and colleague communication. "Doctors can see and treat more patients securely," Phillips says. “They can collaborate with their colleagues more efficiently, as well.”

Another unique Medici feature is a message translation of over 25 languages, including medical terminology. It empowers providers to connect more easily with a broader patient base including the underserved to an unprecedented degree. Medici’s commitment to enhancing doctor-patient communication also extends to provider accessibility. App users can connect with a new provider or the reassuring face of their own family doctor. They can also invite their favorite physician to join Medici.

"Virtual care doesn't have to break down healthcare relationships at an unsettling time like this," Phillips says. "We’ve taken the harder road; we aim to make the provider-patient relationship stronger by allowing a patient to see their own doctor over a call center stranger."

Founded in 2016, Medici is working to transform healthcare delivered by recreating the doctor-patient relationship through mobile technology. With its secure communication app, physicians and patients can connect via text, call, or video from anywhere at any time. It allows clinicians to extend care and get paid without extra overhead or administrative burdens. A winner of the Business Intelligence Group’s 2020 BIG Innovation Awards, Medici seeks to fill a need beyond the pandemic; it aims to lead the way in the future of healthcare.