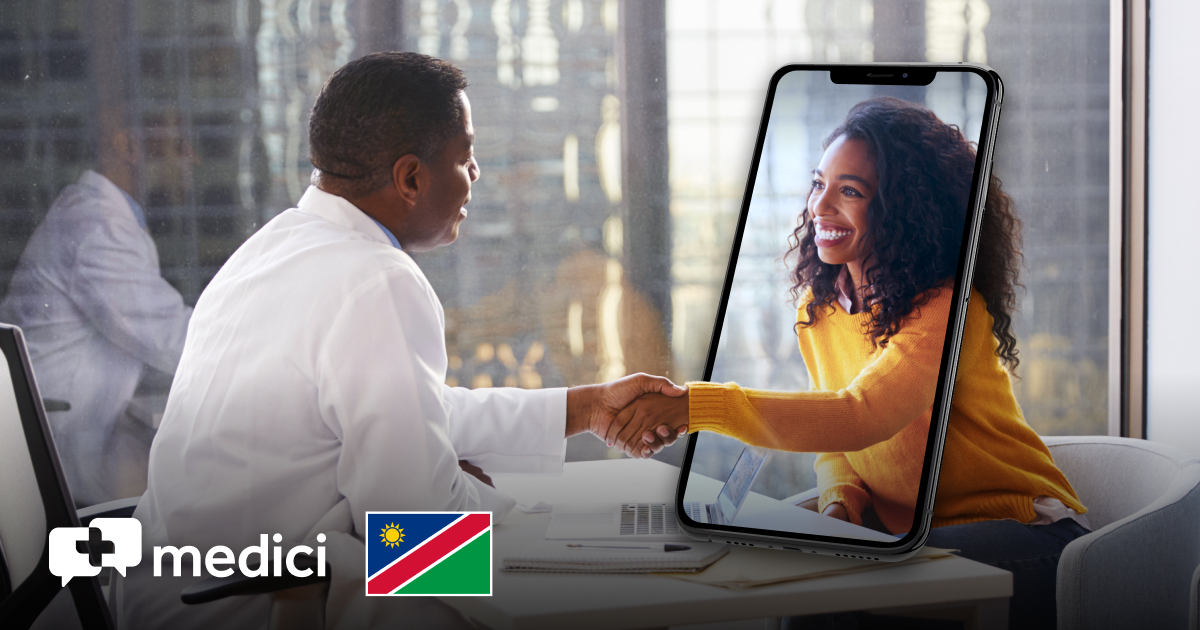 Austin, Texas-- February 17,, 2020 — Medici, a virtual healthcare company based in the U.S., today announced it has partnered with Namibian Health Plan (NHP), one of largest and most respected medical insurance companies in Namibia, to offer virtual care consultations to a nation of over two million people.

Medici first established its footprint on the African continent in 2017 when it began providing a convenient and low-cost source of virtual care to South Africa's 58 million residents. With its expansion in Namibia, Medici furthers its mission to disrupt global health care and recreate the doctor-patient relationship.

Namibia has a remarkable diversity of spoken languages, creating a pastiche of geographical regions. In 2019 Medici added over twenty-five additional languages to its app’s chat translation functionality, bringing the total count of available languages for patients and providers to over thirty. When a patient in Namibia texts their doctor on the app in their local language the app automatically translates the conversation in their doctor’s preferred language. Among the languages available in the app are Afrikaans and German, two of Namibia’s nationally recognized languages.

Known primarily for its scenery and wildlife, Namibia is a sprawling and sparsely populated rural nation where many residents live and work great distances from their healthcare providers. Medici provides an obvious and effective solution to medical professionals looking to deliver accessible quality care to their patients.